10 May 2015
The Morning Bulletin
THE Abbott Government has pledged $100million to beef up north Queensland cattle routes.
It was the first “down payment” on a measure from the Northern Australia White Paper, which Prime Minister Tony Abbott said would be released “soon”.
Speaking in Rockhampton yesterday, Mr Abbott said the areas targeted in the $100million spend would partly be identified using CSIRO modelling.
He said the funds would be spent in conjunction with state and local governments and the private sector.
Rockhampton MP and Minister for Agriculture and Fisheries Bill Byrne said while he welcomed investment in the sector, more detail was needed.
He said it was “disappointing” the Federal Government had not approached him to discuss ways in which the money could be invested.
Mr Byrne said he was “personally very keen” to see funding for a project which would change the way cattle were transported through Rockhampton.
At the moment, road trains carrying cattle cannot travel through the city directly to the meatworks. Instead, they have to be broken down at the Gracemere Saleyards with one trailer moved at a time.
There were calls for changes to be made last year following the tragic death of a young father who was cross-loading cattle.
Mr Byrne said the Department of Transport and Main Roads had developed a proposal which, with a little refinement, could be the right solution. 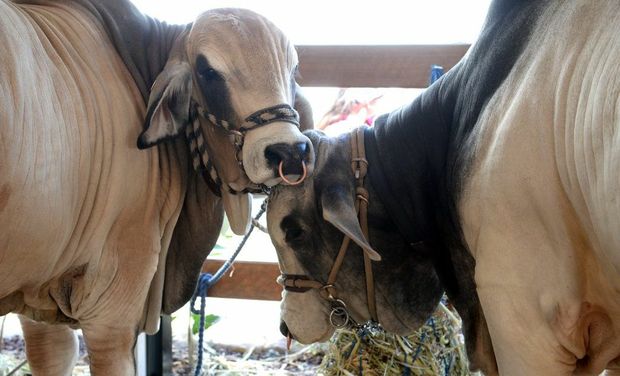 Courtesy of the Morning bulletin