The Prime Minister will jet into Cairns tomorrow to release his landmark report brimming with measures to unlock the economic potential of the nation’s north, with Leichhardt MP Warren Entsch describing the paper as “phenomenal”.

Developing water resources, growing the North as a business, trade and investment gateway, and investment in infrastructure to lower business and household costs will be among the six key areas.

Initiatives to reduce barriers to employment, simpler land arrangements to support ­investment and improving governance will round out the paper’s major focus points.
Mr Abbott said Northern Australia could grasp its full potential and become an “economic powerhouse” for the country, and that the White Paper was an essential part of the plan for a prosperous national economy and a “safe, secure Australia”.

“We will drive down the costs of operating in the North for business, making it a more attractive place to invest and work,” he said.

“By making the right regulations and infrastructure investments, we can encourage jobs and tackle the costs of ­living far from major cities.” The report has been highly anticipated by Far North business and political leaders since its initial scheduled release date late last year.

Strengthening business links with the Indo-Pacific ­region, a feasibility analysis for Nullinga Dam west of Cairns, a centre to develop “northern solutions for northern problems”, a forum to attract international investment in the North and support for native title bodies and remote air services are some of the measures it is expected to contain.

Mr Entsch said it would also include investment in military bases. He also said it was possible a second oversight group similar to the Northern Australia Committee, which he chairs, would be established to ensure implementation of the paper’s initiatives.

Once combined with contribution from state and territory governments, he said the “vast” package marked about $7 billion in investment in the country’s northern region.

“This paper will require all governments to consider Northern Australia on any ­decisions being made into the future,” he said.

Mr Entsch admitted the paper was “not going to tick every box”, but noted its release was “just the beginning” of a 20-year journey to develop Northern Australia.

“There will be three White Papers delivered over the next few weeks, including on agriculture, water and tax, so this is not the end of the process.” 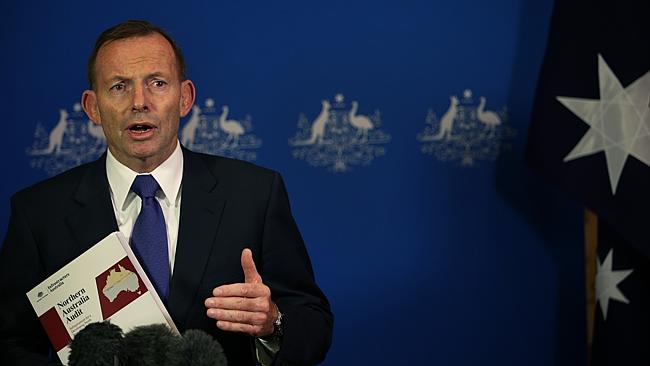 Mr Abbott said Northern Australia could grasp its full potential and become an “economic powerhouse” for the country, and that the White Paper was an essential part of the plan for a prosperous national economy and a “safe, secure Australia”.