Tony Abbott has reaffirmed his support for the huge Adani coalmine in central Queensland, arguing Australia has “a problem as a nation” if the courts could “be turned into a means of sabotaging” such projects.

The prime minister warned against becoming “a nation of naysayers” two days after the federal court set aside the federal approval for the Carmichael mine because the environment minister, Greg Hunt, had not fully assessed its impact on two vulnerable species: the yakka skink and the ornamental snake. 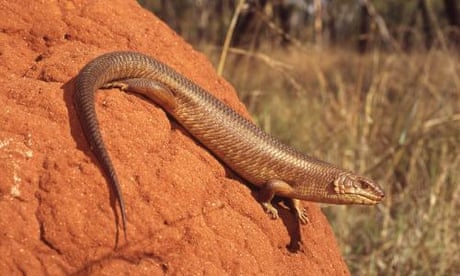 The Mackay Conservation Group, which initiated the legal challenge against Australia’s largest proposed coalmine, said it appeared that “the government thinks it is above the law”. Labor expressed alarm “that the leader of this nation is now second-guessing our judges”.

Adani blamed the result on “a technical legal error from the federal environment department”. The department said it would not pre-empt a final decision about the project but indicated it would take six to eight weeks to prepare revised advice for the minister to consider.

In an interview with the Australian newspaper published on Friday, Abbott said the country “must, in principle, favour projects like this” because it was vitally important for Queensland’s economic development and “the human welfare of literally tens of millions of people in India”.

“If a vital national project can be endlessly delayed, if the courts can be turned into a means of sabotaging projects which are striving to meet the highest environmental standards, then we have a real problem as a nation,” the prime minister said.

“We can’t become a nation of naysayers; we have to remain a nation that gives people a fair go if they play by the rules.”

At a media conference on Friday, Abbott acknowledged that people had a right to launch court challenges but said Adani had already invested about $3bn in Australia in preparation for a $21bn investment if the project went ahead.

“If we get to the stage where the rules are such that projects like this can be endlessly frustrated, that’s dangerous for our country and it’s tragic for the wider world.

The Labor leader, Bill Shorten, said the government had “rushed its approvals and then it’s got tripped up in the court system”.

“I don’t think it is right that the leader of this nation is now second-guessing our judges,” Shorten said.

“If there’s a problem with the way the law’s formed, well, then we go back and debate it in parliament. But Mr Abbott seems to be creating a new test for environmental protection in this country that near enough is good enough. Well, it’s not.”
Mackay Conservation Group co-ordinator Ellen Roberts said it was “astonishing and deeply troubling that it has taken a legal case by a small community group to bring the approval process under proper public scrutiny”.

“These laws protect not only yakka skinks and ornamental snakes, but all Australian plants and animals. Today it’s the yakka skink, tomorrow it will be the koala,” she said in a statement.

Roberts disputed the claim made by Adani – and repeated by Abbott – that the project would create 10,000 jobs. She pointed to previous testimony in court that suggested a much lower jobs estimate.

Hunt had earlier played down the significance of the court’s decision to set aside the approval.

On Wednesday the environment minister said: “What has happened is that the court has, at my request, set aside the decision to be reconsidered … the reason being the department gave advice that there was a possibility, and that the court might conclude, that additional material never before considered could be required.”

The prime minister, who came to power promising to abolish the former Labor government’s carbon pricing scheme, declared in 2014 that “coal is good for humanity” and called for an end to the “demonisation of coal”.

The Abbott government will soon decide on the post-2020 emissions reduction target that Australia will present to the climate summit in Paris in December. 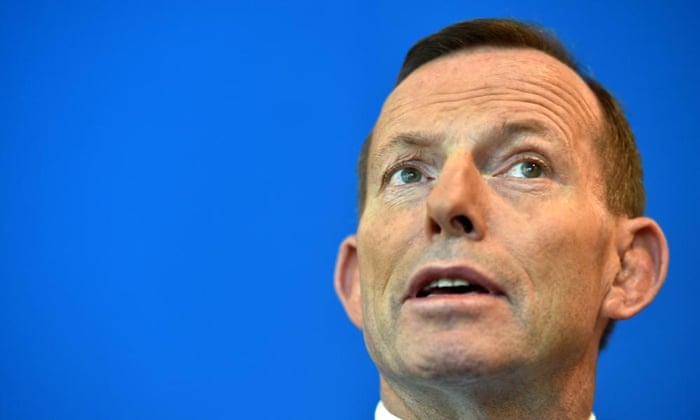 PHOTO: Abbott says the country ‘must, in principle, favour’ projects like the Carmichael mine. (Tracey Nearmy/AAP

Courtesy of the Guardian