3 December 2014
Tara Miko
Fraser Coast Chronicle
THE reluctance of school leavers to take on a career in agriculture is contributing to the nation’s skills shortage in the sector.
While recent figures show there has been an increased uptake of people entering the agricultural industry, there remains a shortage that stretches into the thousands.
But Auslink Regional Migration head and registered migration agent Mick Keegan believes that shortage can be met via overseas workers from India and South Africa.
“We produce about 1000 agriculture graduates a year and what the research shows is that we need about 7000,” Mr Keegan said.
“The Federal Government has put $2 million into encouraging people into agriculture and in Queensland, schools are starting to teach people of the career opportunities.
“But agriculture has a poor image and it is tough out there, and the fact is, is that there are a lot of people that don’t want to do it.
“Over the next three to four years, 30% of our current skill-based farmers will retire or exit the industry and we’ve got to fill that gap.”
Mr Keegan could probably count politicians, both state and federal, among his many penpals as he regularly sends off letters, urging the governments to review its stance on importing overseas skilled workers specifically for the agricultural sector.
The majority of clients of his Toowoomba-based business are located west of the Great Divide, with skilled workers placed in what he called rural support businesses – garages, bakeries, rural health and residential care.
“About 10% are in agriculture,” Mr Keegan said.
“So now we have got to have a push on agriculture. There is no reason why farmers should suffer because of the lack of skilled agricultural workers.”
To that end, Mr Keegan is planning information sessions around Queensland, as far north at Gympie and south-west to Stanthorpe and Goondiwindi.
His aim is not to replace Australian workers but to supplement them until there is a large enough local skilled workforce to keep agriculture flourishing into the future.
“The future generation of farmers is just not there, and it has to be done with migrants,” he said.
“The 457 system is broken, and farmers do use backpackers and that is one way to do it.
“But I’ve seen farmers still working when they’re 80, making them the oldest workforce in the country.
“And over the past three years, there has been another 30% that has joined the over-65 (age) bracket.
“Australians should get first priority, but they’re just not there yet.”
Mr Keegan knows his plan and entire business model will be met with some hesitation and reluctance, but he maintains it is a short-term solution to a long-term problem.
He said attitudes were changing in western regions, but conceded there was more to be done.
He acknowledged feedback from Federal Agriculture Minister Barnaby Joyce about the small increase in agriculture students – about 13%.
But he quantified that response: “It has come from a very small base”.
“The governments are doing something, but not enough has been done and not quick enough.”
Clinics and workshops run by Mr Keegan in India and South Africa have revealed there is a workforce waiting for approval to work in Australia, but immediate action was needed to take advantage of the opportunity.
He said despite increases and gains in skilled worker numbers, it would be years before there were enough people on the ground.
“We’re looking at eight to nine years,” Mr Keegan said.
“This has to be done within the next three years.
“The skills shortage is there now and it is only going to get worse over the next five to seven years.” 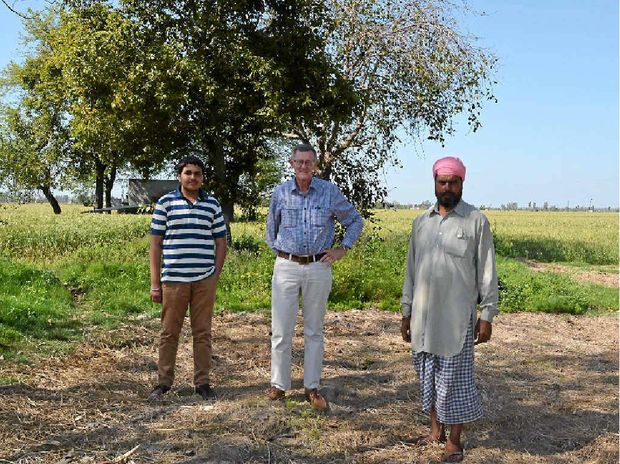 Courtesy of the Fraser Coast Chronicle