Federal Treasurer Joe Hockey says a special tax zone for Northern Australia is worthy of consideration, but the Government will not rush to make a decision on the move.

Speaking in Darwin Mr Hockey said a special tax zone was something that needed to be considered in the context of the recent Tax White Paper and the soon-to-be-released Northern Australia Paper.

“In terms of the overarching opportunities in Northern Australia, a special tax zone is worthy of consideration,” Mr Hockey said.

“I know Kevin Rudd talked about this before the last election but he hadn’t costed it and you can’t have these thought bubbles, you have got to go through it very carefully.

“This is a mistake that can be made by people, to speculate on what is perfectly feasible but unless you have actually measured how much it is going to cost and what the behavioural changes are, you make a mistake,” he said.

Last year Prime Minister Tony Abbott downplayed the possibility of tax breaks for Northern Australia and said the tax system should not encourage businesses to relocate from one region to another to the cost of the nation overall.

Mr Hockey is in Darwin to talk to the Chamber of Commerce, an organisation that has pushed for tax concessions in the jurisdiction.

“We already have zone tax offsets where people in remote areas or regional areas in many cases, and some not-so-regional areas, actually get a tax offset at the end of each financial year,” Mr Hockey told 105.7 ABC Darwin.

The Treasurer also reiterated that the Government was committed to funding the Palmerston Hospital, a project that has failed to meet an early timetable for the start of construction.

“As I understand it, it has gone to tender with the Northern Territory Government, but they are the ones that are responsible for the construction,” Mr Hockey said.
The Treasurer was also quizzed about the Federal Government’s plan to give the NT a one-off payment of $155 million in exchange for the NT Government taking responsibility for providing municipal services to remote communities.

“We properly provision for all these things. We work closely with the NT Government,” Mr Hockey said. 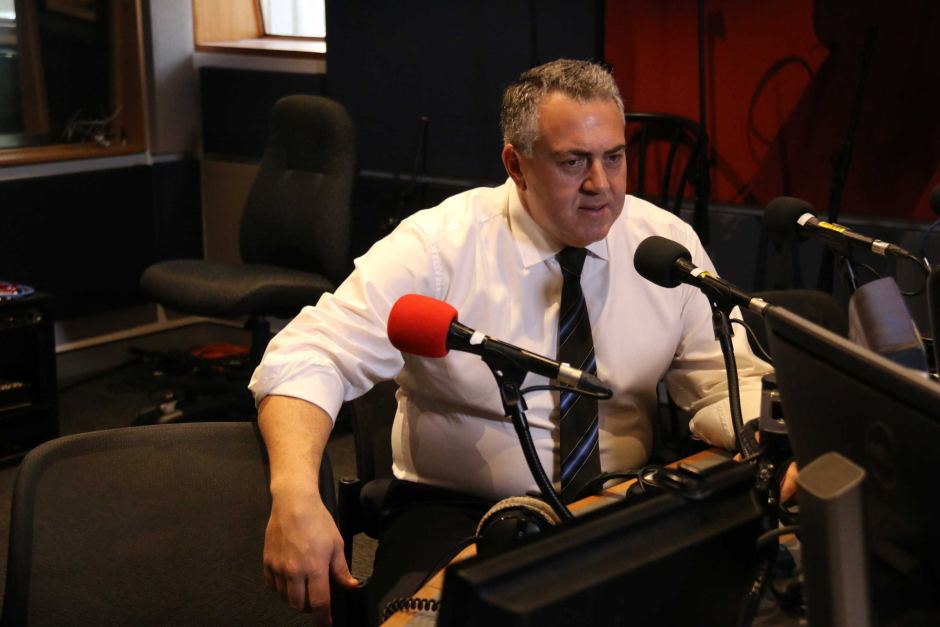