West Australian company director Sharon Warburton has been named as chairwoman of the $5 billion Northern Australia ­Infrastructure Facility, which will begin operations from July.

Ms Warburton is a director of Fortescue Metals Group, Wellard Limited, Western Power and a member of the Takeovers Panel and will head the six-person board charged with assessing ­applications for the $5bn fund.

The board was announced after legislation to set it up was passed in parliament last week.

The government has also announced it will expand the area covered by the facility to include Exmouth and Carnarvon and the local government shires of Meekatharra and Wiluna, in WA.

Other members of the board include Barry Coulter, a former Northern Territory deputy chief minister, lawyer and investment banker Justin Mannolini, chairman of the board of governors at the WA Museum Foundation, Khory McCormick, a lawyer and the vice-president of the Australian Centre for International Commercial Arbitration, and Sally Pitkin, who is a director of Billabong, Super Retail Group and Star Entertainment Group.

Bill Shannon, the former mayor of the Cassowary Coast Regional Council in far north Queensland, and Karla Way-McPhail, chief executive of a number of northern Australian mining and training firms, are also members of the board.

Minister for Northern Australia Josh Frydenberg said: “This ­facility will provide ­financing to build the transport, energy, water and communications infrastructure needed in our north. This will create jobs, enhance investment and unlock the full potential of this vibrant region to grow the northern Australian economy.’’

Ms Warburton will work with the Department of Industry, Innovation and Science and the Export Finance and Insurance Corporation to identify a pipeline of potential projects. 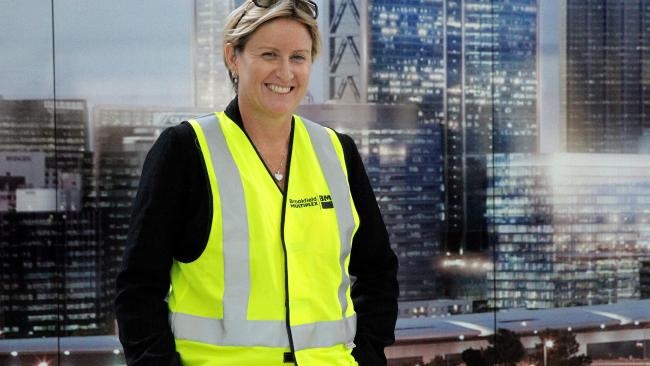 Sharon Warburton will work with the Department of Industry, Innovation and Science and the Export Finance and Insurance Corporation to identify a pipeline of potential projects.