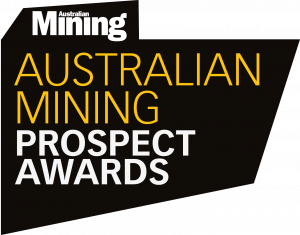 Hancock Prospecting’s executive chairman, the Hon Dr Gina Rinehart AO, was announced as the recipient of the Lifetime Achievement Award at the 2021 Prospect Awards.

The Lifetime Achievement award recognises an individual who has contributed to the mining industry through their entire career. It is the most prestigious individual recognition award within the Prospect Awards and is determined through recommendations made by the judging panel.

“On accepting this award I’d like to pay tribute to everyone in our industry. We are at our core nationbuilding, mining is the backbone of Australia,” Rinehart said. “When mining does well, so does Australia.” Hancock’s majority-owned Roy Hill was also recognised on the night, winning Australian Mine of the Year and Hard Rock Mine of the Year.

Addressing her mining colleagues, Rinehart said the should all be immensely proud of their contribution to Australia, and of an industry to which she has dedicated most of her life.

“My parents told me Dad was on the early morning shift when I was around one year old, and my job was to crunch up papers in his Pilbara office when he’d finished with them,” she said.

“As you can probably tell, I’m over the moon with this lifetime award, thank you.” Rinehart has had a busy 12 months.

She was appointed an Officer of the Order of Australia in the General Division as part of the Australia Day 2022 Honours list.

The mining magnate, who was one of only 25 Australians selected for the honour this year, was recognised for “distinguished service to the mining sector, to the community through philanthropic initiatives and to sport as a patron”.

This year saw Hancock Prospecting file for environmental approval for a 20 million tonne per annum (Mtpa) iron ore mine on the Mulga Downs station in the Pilbara, WA. The proposed area is located within an area of existing pastoral and mining land use, with transport of the ore proposed via the Great Northern Highway to Port Hedland for export.

According to the proposal filed with the Western Australian Environmental Protection Authority, facilities will be developed to support production of up to 20 million tonnes of ore per annum (Mtpa) over a minimum 30year period.

As part of her acceptance speech, Rinehart highlighted that Australia’s minerals are largely in the north, far from city amenities.

“Our mining sector has delivered for the whole of Australia over many decades, opening up remote and rugged areas such as the Pilbara where I loved growing up. The mining industry provides employment opportunities, infrastructure and revenue in remote places, where little opportunities existed before.

“Let’s celebrate that mining contributes more to our nation than any other industry.” 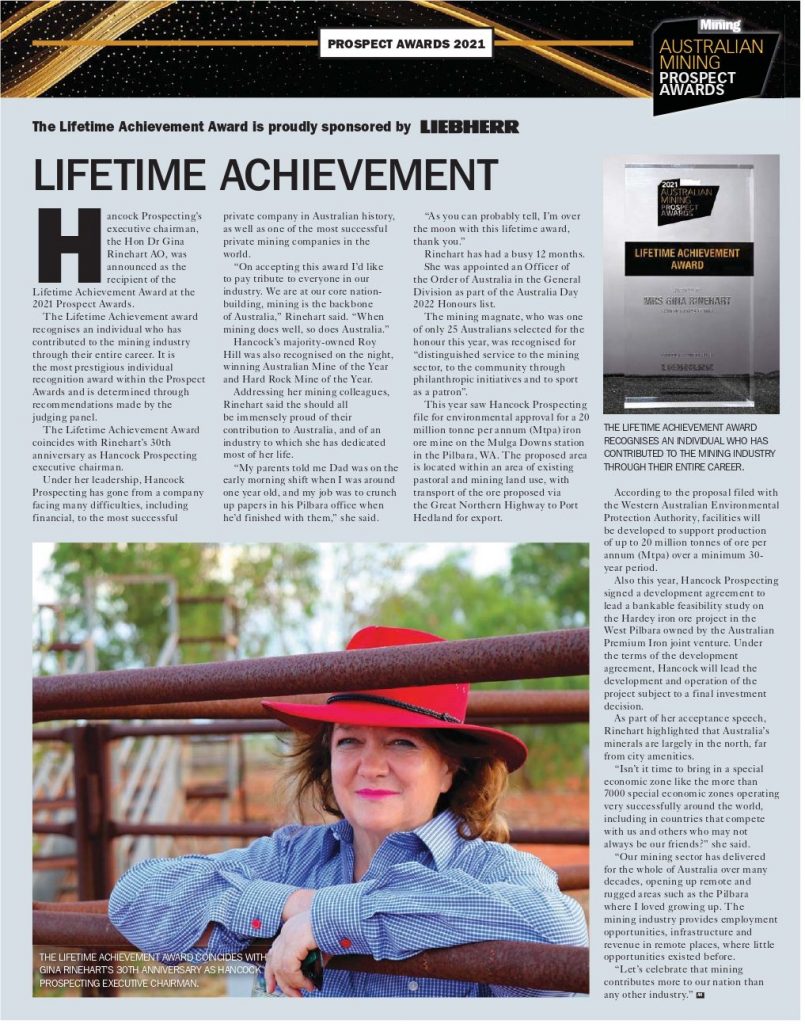