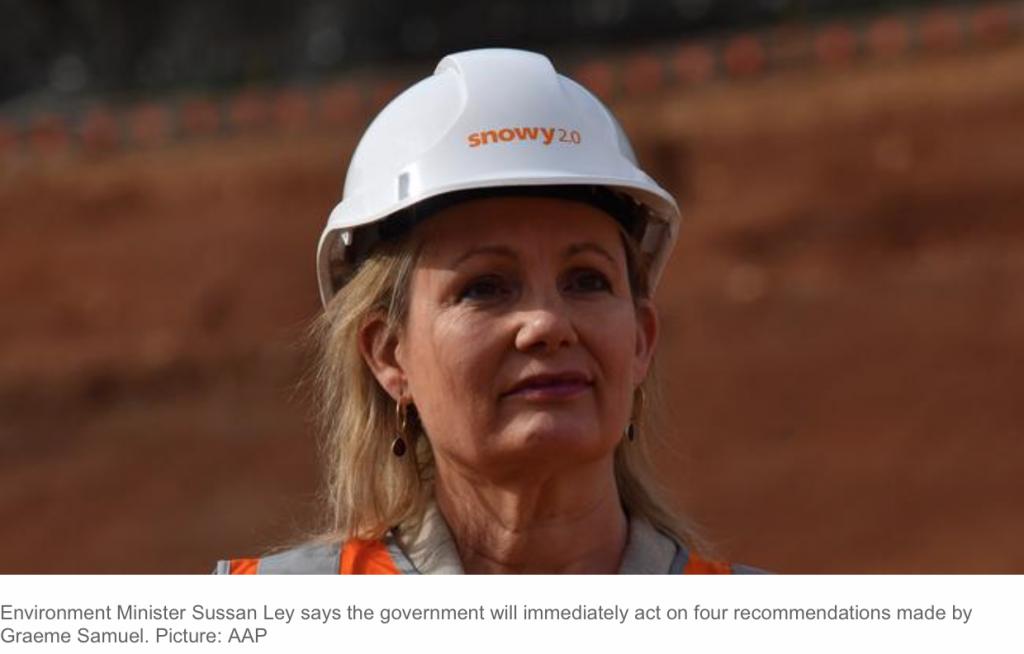 Article by Geoff Chambers courtesy of the Australian

Scott Morrison has ordered the biggest shake-up of Australia’s environmental laws in 20 years, pushing responsibility for project approvals to the states in a bid to slash green tape and drive job creation through the COVID-19 pandemic.

New national environmental rules will be finalised by the end of next month to fast-track major projects and unleash an investment boom across the mining, gas and property sectors, ending two decades of “slow, complex and costly” duplication across state and federal laws.

The pandemic has accelerated the adoption of four key recommendations in Graeme Samuel’s interim review of the 20-year-old Environment Protection and Biodiversity Conservation Act, which has been blamed for putting more than $65bn of investment at risk.

Ms Ley said the government would begin negotiations with states this week to enter agreements for “single-touch approvals”, removing duplication by “accrediting states to carry out environmental assessments and approvals on the commonwealth’s behalf”.

Professor Samuel said the community and industry had “lost trust” in the EPBC Act, describing the laws as “cumbersome and slow”.

The former Australian Competition & Consumer Commission chair said industry had raised concerns over legal challenges being used as a “tool to delay projects and drive up costs for businesses”.

“An underlying theme of industry distrust in the EPBC Act relates to perceived duplication with state and territory processes and the length of time it takes to receive an approval,” he said.

“On average, complex resource sector projects can take nearly three years, or 1013 days, to assess and approve, and this is too long.”

Professor Samuel said the development of national environment standards should focus on “detailed prescription of outcomes, not process”.

Research by the Institute of Public Affairs estimates the lawfare provision of the EPBC had put more than $65bn of investment at risk by “holding major projects, such as dams, coalmines and roads, up in court for a cumulative total of 10,100 days since the year 2000”.

IPA director of research Daniel Wild said much of the investment held up by lawfare had been “concentrated in job-starved region­al communities”, ranging from the $16.5bn Adani coalmine to a $30m salmon farm in ­Tasmania. 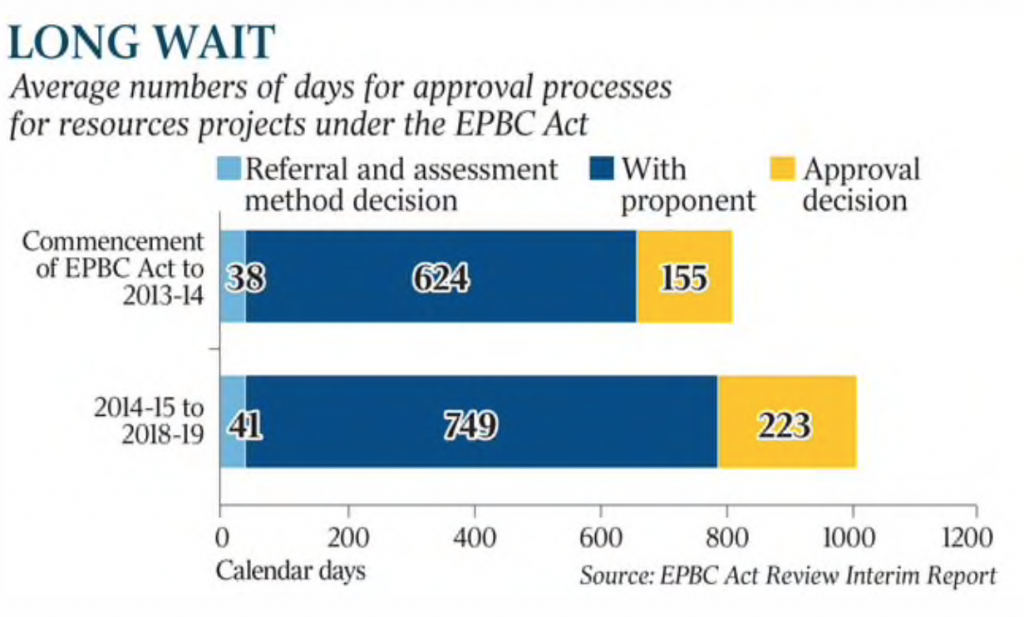 Ms Ley ruled out expanding the EPBC Act to include climate triggers.

Professor Samuel’s recommendation for an “independent cop on the beat” to oversee enforcement of new environmental rules was also rejected by the government to avoid “additional layers of bureaucracy”.

The Samuel report, which had up to 30,000 submissions, also calls for Indigenous cultural heritage laws to be reviewed, slamming state and federal governments for not providing adequate protections through environmental processes.

Ms Ley said she would work with Indigenous Australians Minister Ken Wyatt and state Indigenous ministers to “commence a national engagement process for modernising the protection of Indigenous cultural heritage”.

The government will also begin discussions with the private sector to explore “market-based solutions” for enhanced habitat restoration to “significantly improve environmental outcomes while providing greater certainty for business”.

Resources Minister Keith Pitt, who lashed the Queensland Labor government over its stalling of the Adani and New Acland mine projects, said “scope three emissions requirements” had been a significant deterrent for mining projects and he supported “any move towards removing the burdensome conditions”.

Australian Conservation Foundation chief executive Kelly O’Shanassy said the plans by the commonwealth to devolve environmental approval powers to the states would be “lining up Australian wildlife for extinction”. 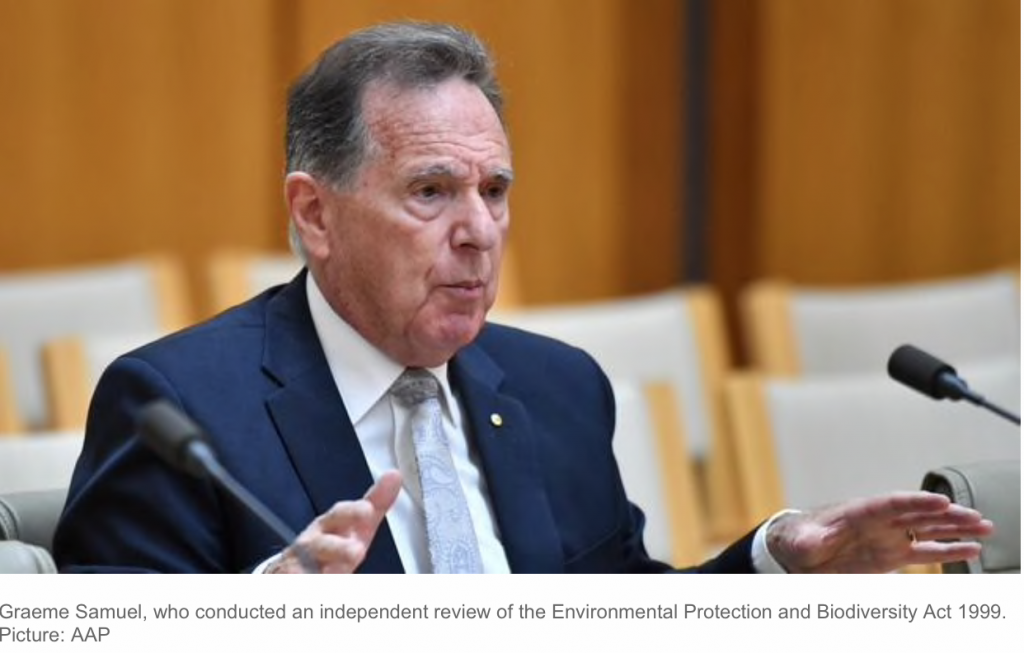