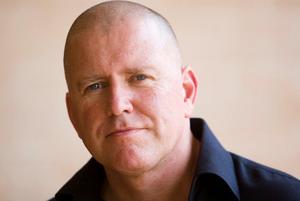 NT Farmers Association CEO Grant Fenton has described the establishment of the new Northern Australia Development Office on the Esplanade as a game changer for his organisation.
Mr Fenton, who was one of the first people to move in, said the office has placed his organisation at the forefront of discussions around northern development.
‘Our focus is how we are going to influence the shift in thinking about agricultural development in the north,’ Mr Fenton said.
‘There is no better place to do that than the place where people will be doing business.’
The office is a place where industry can meet, discuss and share ideas about developing the Territory and Northern Australia more broadly.
‘It’s brilliant,’ Mr Fenton said.
‘Not only is it great from a logistical perspective (all our meetings in the same place, great support from the staff, great environment to work in etc), the concept is really working.
‘Daily I am having the kinds of interactions this concept was planned to deliver.’
The NT Farmers Association is the peak body for the plant industry and represents diverse growers and commodity groups across the Northern Territory.
The association’s main focus at the moment is developing a long-term strategy for the sector, which includes delivering the Northern Australia Food Futures conference at the Darwin Convention Centre in November.
Mr Fenton said water resource management was his primary focus, although other things – such as land, research, innovation, trade and investment – were also important.
‘The development of our sector augers well for regional population growth, acts as a conduit for infrastructure development, and presents a valuable contribution to investment opportunities for Asian investment companies,’ Mr Fenton said.
Visit the NT Farmers Association website for more information.
Read the full interview with Mr Fenton.
Courtesy of NADOT