Article by Peter Milne courtesy of the Sydney Morning Herald.

Royalties from iron ore to feed the steel mills of China have allowed Western Australia to emerge from the pandemic with a surplus while NSW and Victoria face years of growing debt.

The mines in the Pilbara region will deliver Premier Mark McGowan $10.3 billion this financial year, allowing the resource state to record a $5.7 billion surplus and cut net debt for the third year running.

WA is predicting its net debt will be stable at about 50 per cent of revenue for the next five years. In contrast, WA budget papers show Victoria spiralling to a 200 per cent debt-to-revenue ratio by 2026 and NSW reaching about 120 per cent.

The Pilbara miners – predominantly Rio Tinto, BHP, Andrew Forrest’s Fortescue and Gina Rinehart’s Roy Hill – are predicted to ship more than 850 million tonnes of iron ore in the 12 months to June 30 2022, at an average delivered price of $US139.5 a tonne.

The WA government earns more from iron ore than land tax, stamp duty and payroll tax combined.McGowan, delivering his second budget as Treasurer on Thursday, is not betting on the iron ore bull market, which produced a record high price of $US236 a tonne a year ago, continuing. 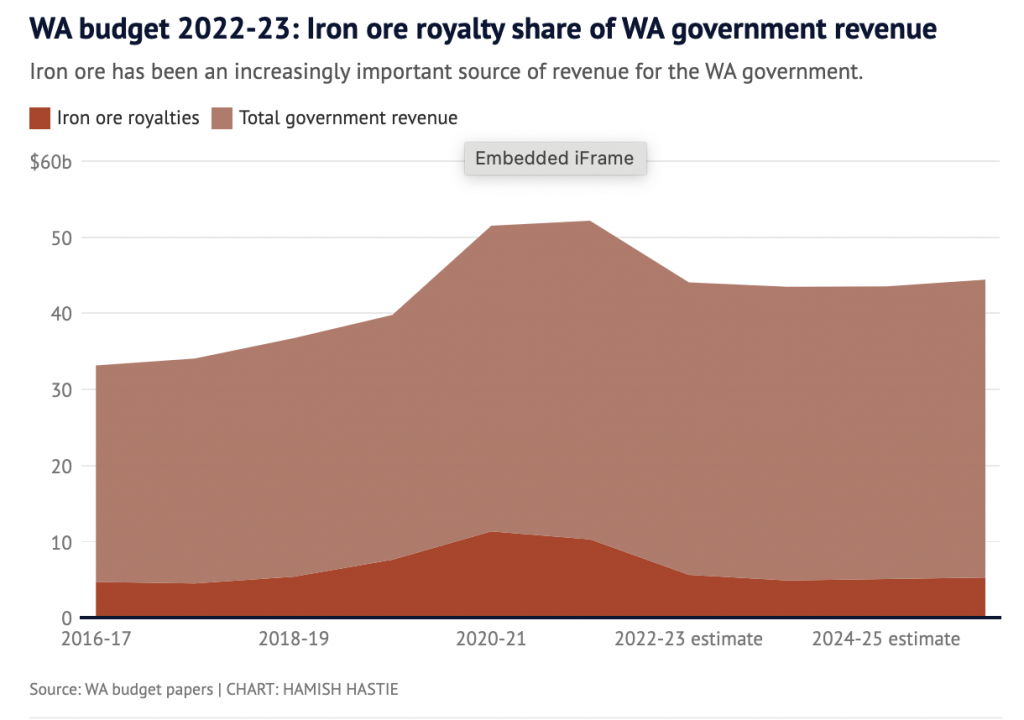 Volatility in the iron ore price and the $US exchange rate are the largest risks to the McGowan government’s revenue, and with China consuming 70 per cent of global iron ore trade WA has a lot riding on one product to one market.

Wanting to avoid the fate of his Liberal predecessors –former premier Colin Barnett and then former state treasurer Christian Porter, who launched a spending spree on the assumption the last iron ore boom would continue, producing huge debt and a 2017 election defeat – McGowan, like the federal government, is conservative in his estimate of future prices.

In the coming financial year, iron ore is assumed to fetch $US77.5 a tonne, a 44 per cent reduction, and return to the long-term average price of $US66 a tonne from mid-2023.

Iron ore will deliver almost 90 per cent of WA’s royalty income, from mining and oil and gas extraction. 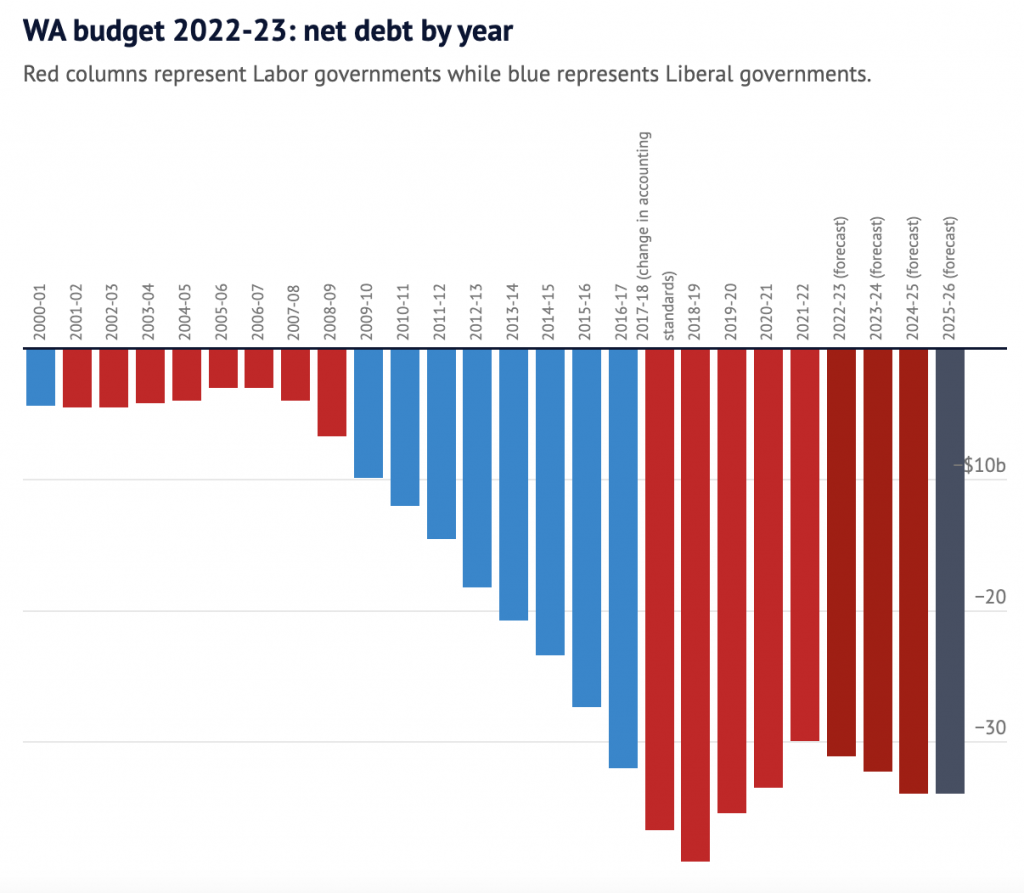 The state’s huge exports of liquified natural gas deliver no royalties to WA as the reserves are offshore in Commonwealth waters, with one exception. Woodside’s North West Shelf project is estimated to pay $921 million to WA in 2022-23 from a revenue-sharing deal struck with Canberra in the 1970s. However annual North West Shelf royalties are expected to decline more than 40 per cent within four years due to declining production and lower global oil prices.