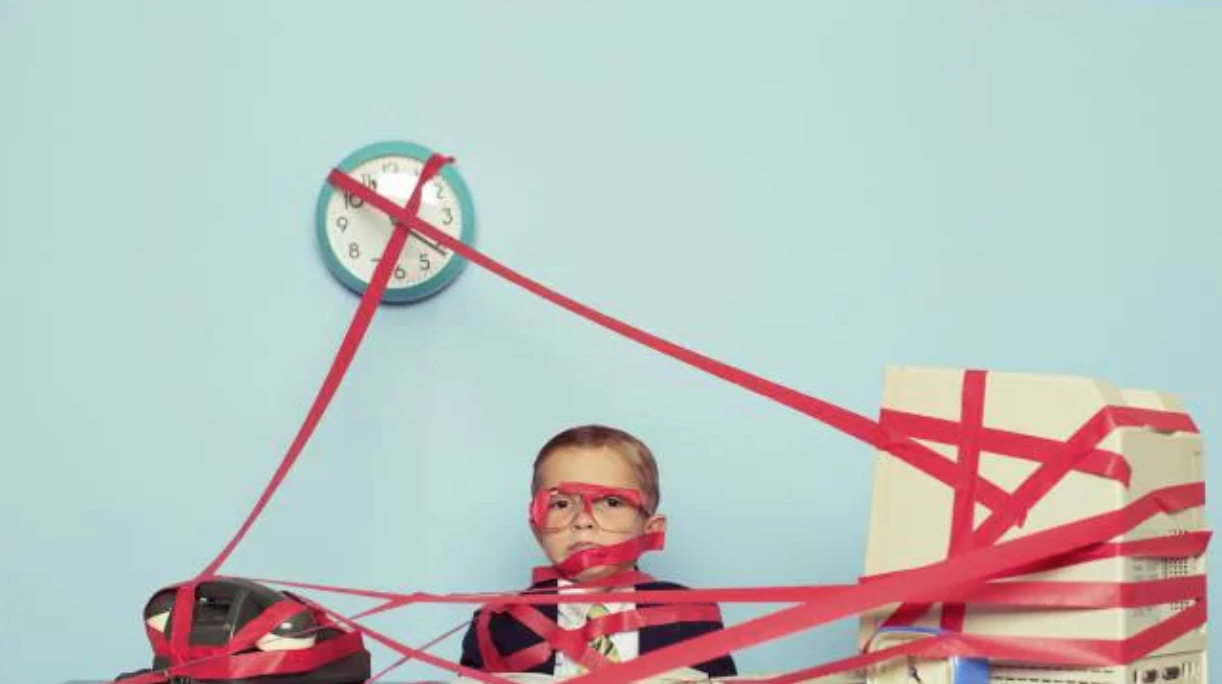 Article by Adam Creighton courtesy of The Australian.

Red tape, driven by federal agencies, has grown to record levels ­despite Tony Abbott’s 2013 pledge to slash constraints on the economy.

The number of regulations in federal law has increased by 9 per cent to 356,000 since 2013, ­according to research by the Institute of Public Affairs, despite the former prime minister having a promising start in his quest to cut red tape after winning government.

The level of federal regulation dropped more than 3 per cent in 2014 after the Abbott government began a campaign to prune it, saving the economy almost $6bn.

The regrowth in red tape has sparked a renewed push from the Morrison government to slash unwanted regulations.

At a state level, the IPA research outed the Labor-run ­administrations of Queensland and Victoria as the heaviest-handed when it came to red tape. 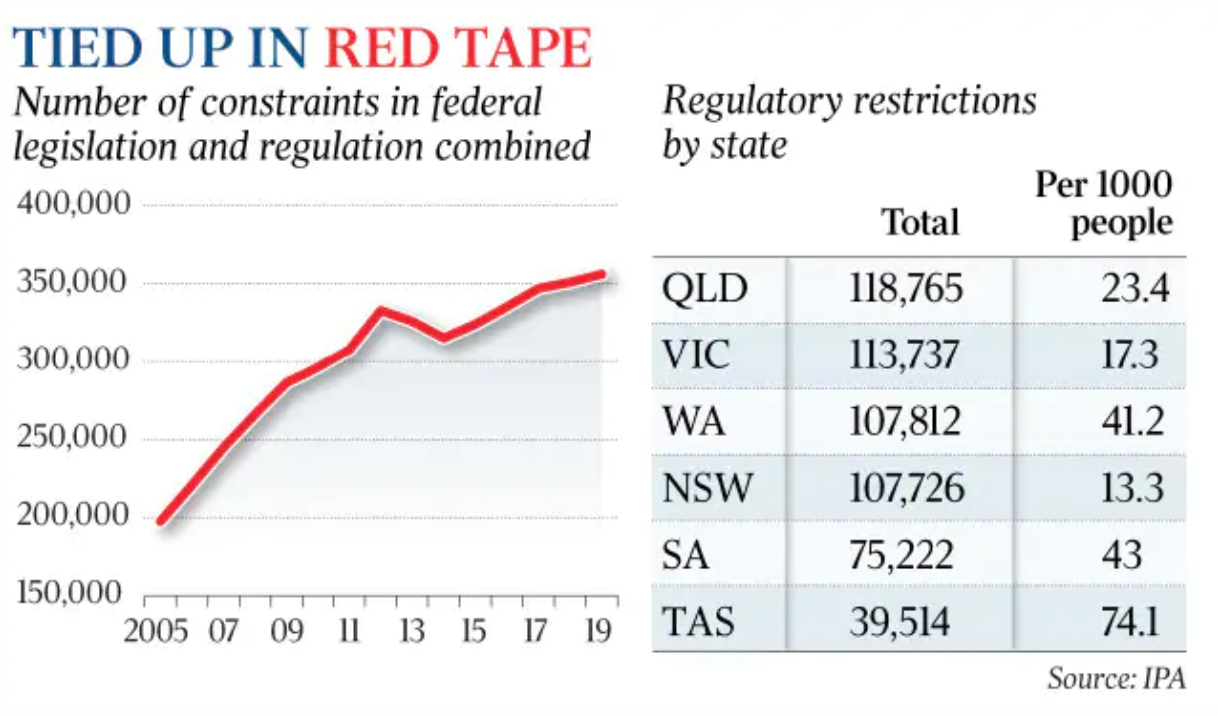 Constraints from regulation made by federal agencies, such as ASIC or APRA, have surged ­almost 200 per cent since 2005, while restrictions within laws have plateaued.

“The will of the people means little when regulators have a free rein. Parliament is pushing more policy responsibility to an unelected cadre of elitist regulators who have taken a sledgehammer to small businesses,” Mr Wild said.

He said that deregulation required “renewed” and “constant vigilance” which was why the government this year created a deregulation taskforce.
“This doesn’t let individual ministers and departments off the hook,” he told The Australian. “I have presented to departmental secretaries to outline the government’s objectives and departments will now … report through the Department of Prime Minister and Cabinet to me.”

Conducted jointly with the US-based Mercatus Centre, the IPA analysis uses artificial intelligence to count restrictions in laws and regulations, such as instances of “should”, “must”, and “shall not”.

Queensland had 118,765 restrictions, more than any other state, followed by Victoria with 113,737. Tasmania had 39,514, the least in aggregate but 74 per 1000 people — a higher ratio than the other states. “While federal regulations attract the most attention, state government impose a substantial regulation impost,” the ­research concluded.

“Evidence from the United States and Canada shows that cutting regulatory restrictions boosts growth and job creation. We should expect to see similar results in Australia,” said Patrick McLaughlin, a Mercatus analyst who developed the “regdata” technique that has helped US states and Canadian provinces curb regulation.

Mr Wild said the lesson from the US was that when you cut taxes and deregulate the economy “the result is an economic boom”.