Article by Max Maddison courtesy of the Australian. 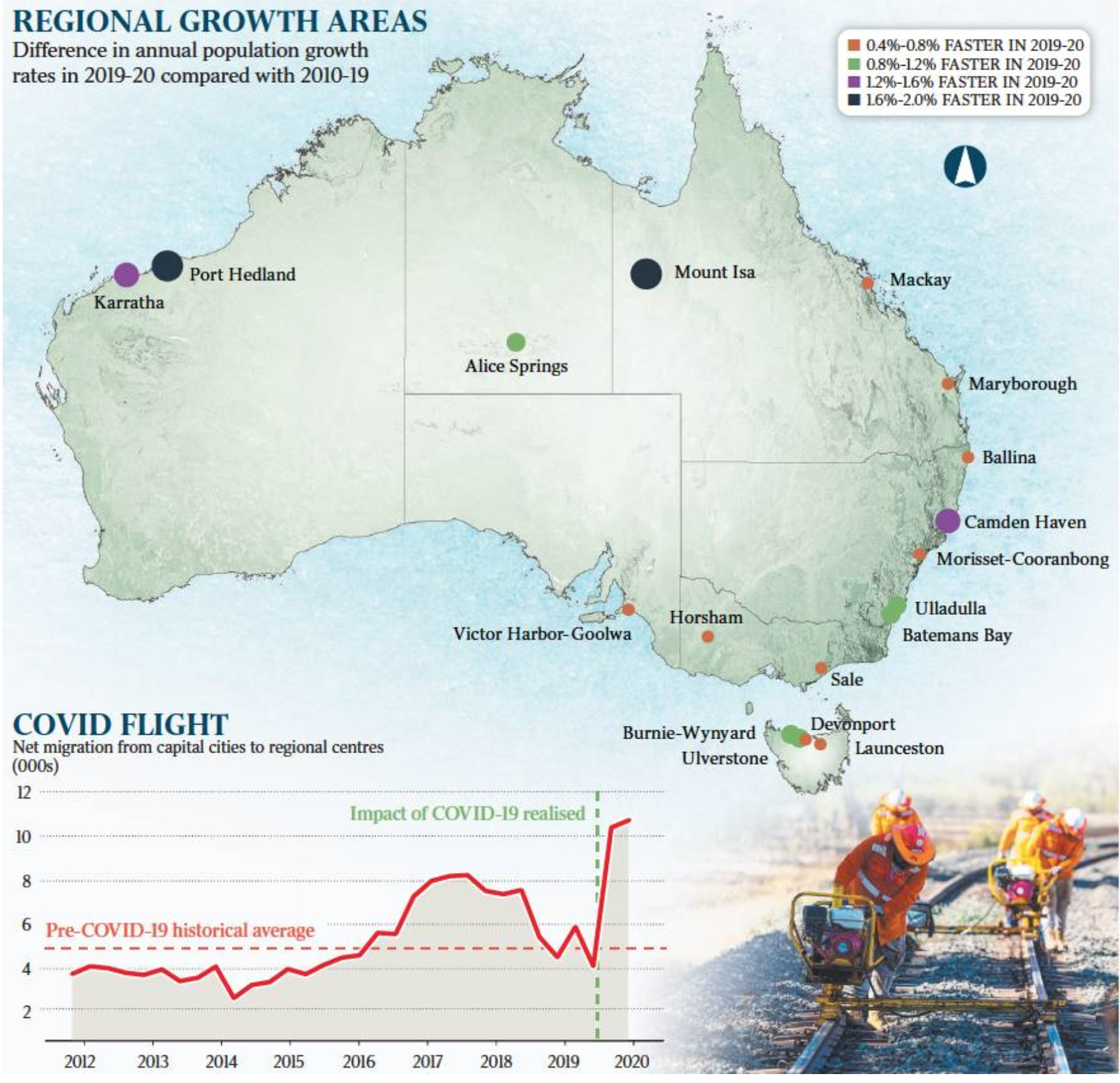 Infrastructure Australia has called for “transformational reform” to lift productivity by up to 60 per cent across the sector while sounding the alarm on the need to adjust to a net-zero emissions future and more frequent natural disasters.

Two years in the making, the 2021 Australian Infrastructure Plan handed down a raft of recommendations aimed at modernising the sector, embedding sustainability and resilience into decision making and securing more strategic regional investment.

Bringing the infrastructure sector into the 21st century by changing manufacturing and production models, embracing digitisation and modern construction methods while promoting innovation could improve productivity by up to 60 per cent.

The report’s authors lamented the sector’s low productivity when compared to similar countries such as the UK and argued that industry would need to be a “leading adopter” of low-carbon technologies to address rising global temperatures, arguing infrastructure was responsible for 70 per cent of national carbon emissions. “The compounding impact of the disasters that Australia has experienced over the last two years is a warning sign for the uncertainty and risk that lies ahead,” the report said.

With more frequent and severe weather events likely, Infrastructure Australia highlighted that the economic cost of natural disasters was likely to double to $39.3bn by 2050.

With climate change likely to impact the reliability of rainfall, Infrastructure Australia also underlined the threat to water security.

Securing the nation’s supply of water would require a “consistent and clear national approach”, including leveraging the success of drinking recycled water in some parts of the country. The report foreshadowed a difficult public dialogue around the uptake of recycled water, but said the debate needed to be free of “stigma or an emotional response”.

It said more than 80 per cent of the country’s urban water supply was highly dependent on rainfall and this trend would intensify by 2031 as Australia’s population reached close to 29 million.

With the country already experiencing a peak in major projects, Infrastructure Australia chief of policy and research Peter Colacino said the industry needed to reform in order to meet the looming pipeline of projects.

“The industry can’t deliver the scope of work unless it adopts the change,” he said. “We’ve pointed to things that are proven, have delivered productivity gains elsewhere, are well evidenced in terms of what we’re putting forward. These aren’t unproven solutions.”

Amid ongoing criticism of the Morrison government’s delivery of the 2019 infrastructure election promise – the $4.8bn Urban Congestion Fund – Mr Colacino said realising the report’s vision would require governments to make a “conscious decision” that they wanted to deliver infrastructure in line with the necessary reforms.