Article by Cian Hussey courtesy of the Australian Business Executive. 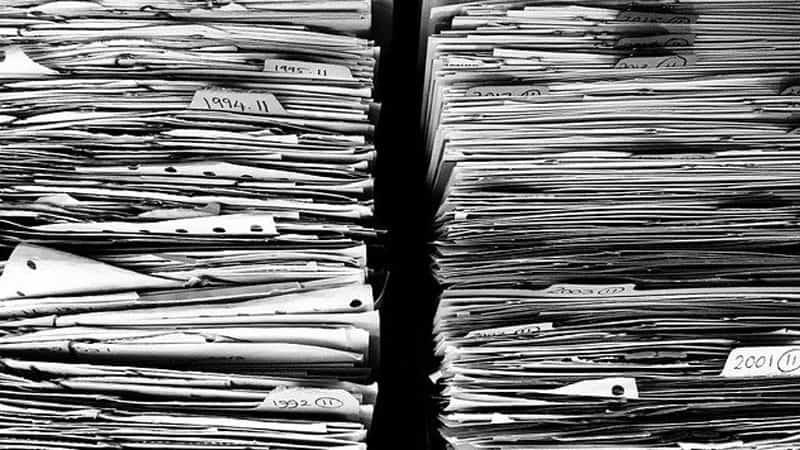 When the federal Treasurer Josh Frydenberg remarked on the inspiration he takes from the Thatcher and Reagan governments in July 2020, he gave Australians an insight into what he had planned for the economic recovery following the pandemic.

“… not everyone is a Keynesian and thinking about income support. It is important to go to the supply side. Thatcher, Reagan, that’s an inspiration. Supply side can actually help create and strengthen the economy and that is what we are determined to do, provide a boost to aggregate demand where appropriate, but to encourage supply-side reforms because that will be important to the recovery”, Frydenberg told the National Press Club.

In the days following these comments, the Treasurer was quizzed about this by journalists who appeared to be unfamiliar with the track record of supply-side reform. In one interview on the ABC, he cut to the chase: “The reality is that Thatcher and Reagan cut red tape, cut taxes, and delivered stronger economies.”

As Australia slowly emerges from the pandemic, it remains to be seen whether the Treasurer will draw on this inspiration in the coming Budget and federal election. As the Australian Financial Review astutely editorialised on 27 July 2020, “what all who care about Australia’s future as a fair and prosperous country should really fear is that the Treasurer’s name-checking of Reagan and Thatcher turns out to be mere rhetoric, rather than backed by a genuine reform agenda of Hawke-Keating – and Howard-Costello – dimensions.”

The current Coalition government has held both the policy of and mandate to cut tape and taxes since it was first elected in 2013. Unfortunately, there is a clear distinction between the government’s words and their actions.

It can be difficult to measure government tape, but the US-based Mercatus Center have built a tool called RegData which does just that. RegData takes a corpus of legislation and subsidiary legislation and scans it for the use of words which indicate regulatory restrictions: shall, must, may not, prohibited, and required.

The chart below shows the RegData count of federal tape between 2005 and 2021. As shown, there has been a significant increase over this time, from just under 200,000 to over 360,000 regulatory restrictions, an 80% jump. Alarmingly, this is only federal tape; much more is imposed by the state governments, and more still by state and federal bureaucracies who introduce guidelines and guidance documents which contain the force of law but are not subject to parliamentary scrutiny. Such ‘regulatory dark matter’ imposes significant costs on businesses and the economy, and the Institute of Public Affairs estimates that for every page of enabling legislation passed by parliament there are another eight pages regulatory dark matter.

These numbers can be given some context by looking at international comparisons. On the eve of the pandemic, the World Economic Forum’s 2019 Global Competitiveness Report ranked Australia as 80th out of 141 countries for the burden of red tape and 111th for hiring and firing practices.

In addition, Australia has the second-highest business tax rate in the OECD at 30%, well above the average rate of 23.6% across the group of 37 countries.

Some may try to blame any economic woes in the coming years on the pandemic, but this would be misleading. Australia’s high tape and tax burdens were sending a clear message before the pandemic; that Australia is not an attractive place for business investment.

Unsurprisingly, investors decided to look elsewhere for opportunities. In 2019, new private sector business investment averaged just 11% of GDP. For context, the lowest level ever recorded was 10.2% of GDP following the 1990-91 recession, and the average level during the economically-hostile Whitlam years was 13.7% of GDP.

Business investment has not been above the Whitlam-era average in any quarter since the first half of 2015. If Australia had maintained the Whitlam average since 2015, there would have been an additional $280 billion of new investment by the end of 2021.

Removing onerous, duplicative, and unnecessary tape and high tax burdens should be the top priority of the government in the coming Budget. They should unashamedly pursue the supply-side reforms of the Thatcher and Reagan governments, and draw inspiration from the Hawke-Keating and Howard-Costello efforts to make Australia more internationally competitive and attractive for investment.

There is no shortage of fat to cut at the federal level. First up in the government’s sights should be reform of the Environment Protection and Biodiversity Conservation Act 1999 (EPBC). An IPA analysis released in early 2020 found that the number of regulatory restrictions found in the Act has increased by 445% since the year 2000. With 4,820 individual regulatory restrictions, the Act imposes one of the most significant regulatory burdens on Australia’s most important industry – the resources industry.

The EPBC Act was subject to a decadal review in 2020, and one of the key recommendations was that states be accredited to assess and approve proposed projects which ordinarily require an assessment and approval by both the state and federal government. This unnecessary duplication does nothing to improve environmental outcomes, but acts as a handbrake on investment and development.

Devolving EPBC approvals to the states has been Coalition policy since before the 2013 election, and all state governments have agreed to the reform. Commonwealth government EPBC approvals for big projects currently average over 1,000 days, or almost three years, and removing this duplication is estimated to reduce project approval timelines by up to six months and help to unlock more than $100 billion of development.

The EPBC Act itself contains many other examples of tape that could be cut, including repealing Section 487 of the Act which allows activists to engage in ‘lawfare’. There have been a significant number of challenges under Section 487, but they are overwhelmingly frivolous; 94% of these challenges have failed to alter environmental outcomes, while over $65 billion of investment has been put at risk and delayed by a cumulative 10,100 days.

Reforming the EPBC Act has proven difficult, but the government should renew its commitment to doing so because its exactly the kind of bold reform required to unleash Australia’s economic potential.

Bold policy should extend beyond tape cuts: creating Integrated Development Zones to fast track investment and create economic opportunities in northern Australia would be transformative for our broader economic and social development, and acknowledge the strategic importance of our top half. Australian political history is littered with visionary leaders – from Joseph Lyons to Sir Joh Bjelke-Petersen and coming out of a pandemic this is the kind of thinking we need.

But aside from big-ticket reforms that will unlock billions of dollars of investment, there are dozens of examples of minor, often administrative changes, that would free up the time and resources of businesses and government and make Australia a more attractive place to invest.

Providing businesses with the option of filing business activity statements on an annual basis, rather than a monthly basis for those with over $20 million in turnover, is one example. Allowing state governments to access royalty reports provided to the Australian Bureau of Statistics rather than requiring mining companies to submit duplicates to each is another.

Taken together, all these seemingly negligible pieces of tape add up to create a substantial burden; estimated by the IPA at $176 billion each year.

Australia needs an investment boom in the wake of the pandemic. After two years (and counting) of missed opportunities, the government should deliver an aspirational Budget, and run a similarly spirited election, with bold initiatives that will foster a boom in investment.

Cutting tape and taxes and allowing Australians to get on with building their lives and our country with less government in the way is a vital part of this.

The Treasurer’s Thatcherite/Reaganite credentials remain to be seen. We can only hope for an improvement on last year’s Budget, which mentioned cutting tape twice, but providing subsidies 19 times.

Cian Hussey is an Adjunct Fellow at the Institute of Public Affairs, www.ipa.org.au.